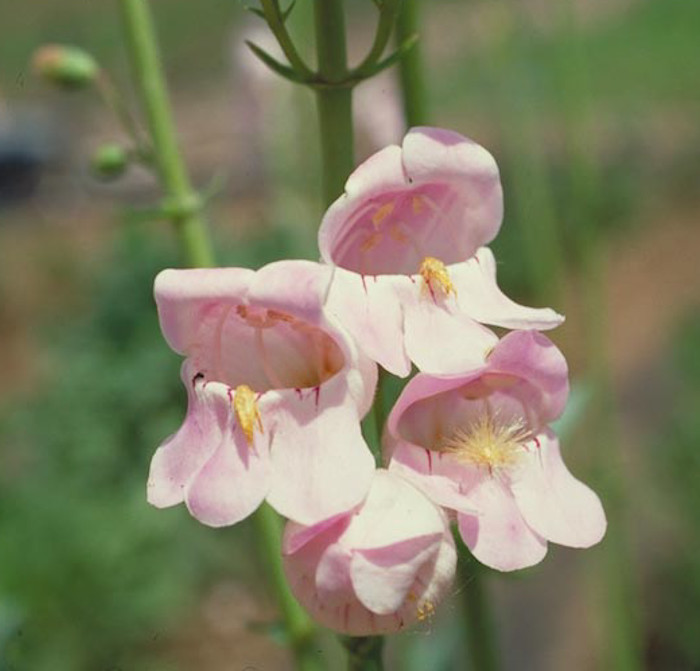 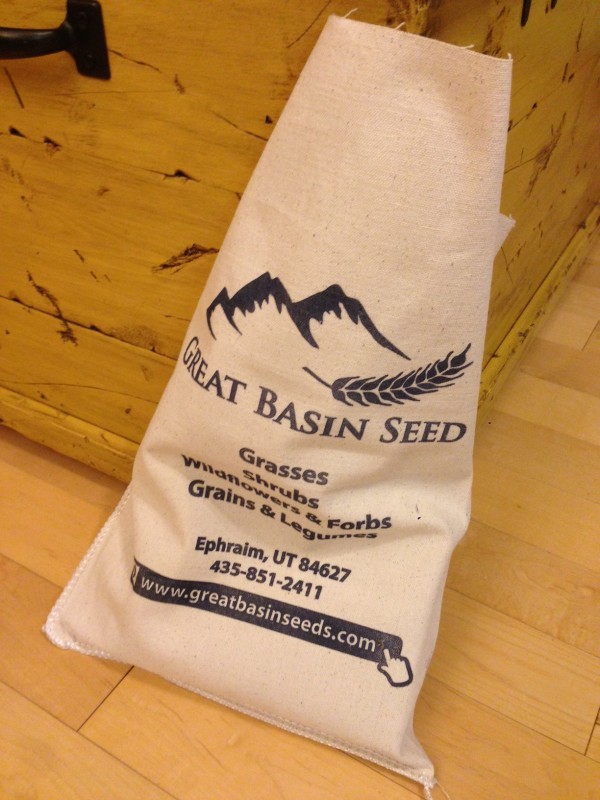 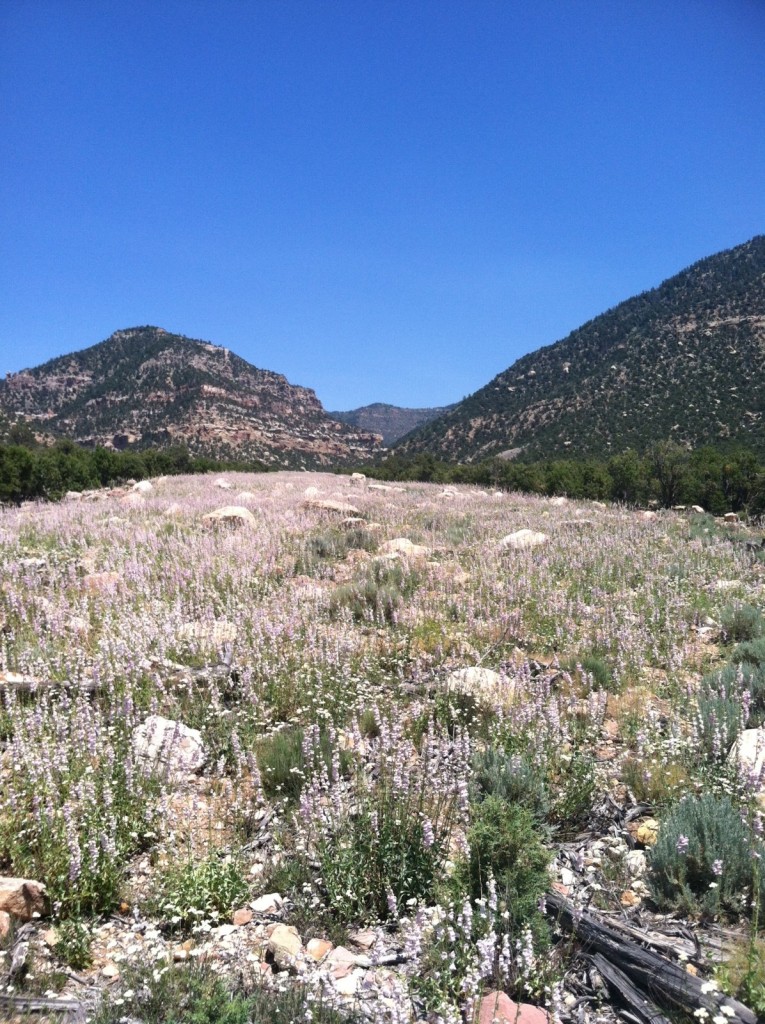 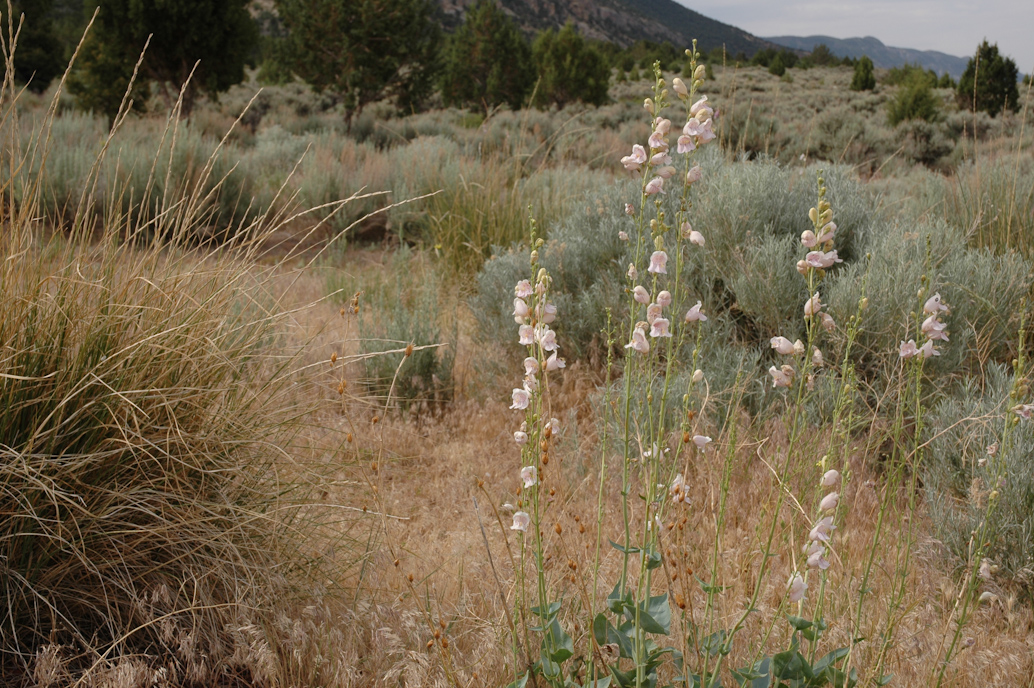 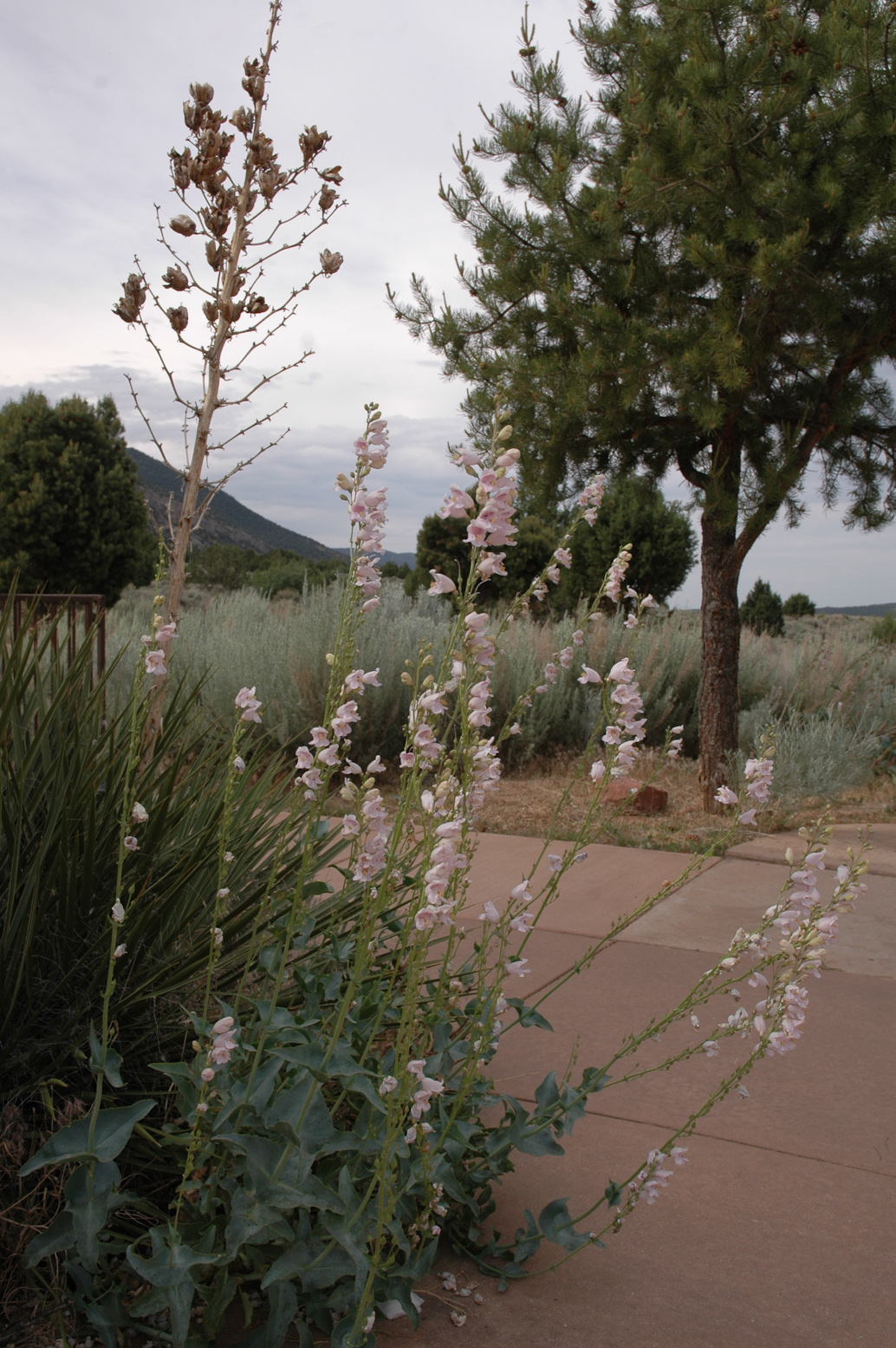 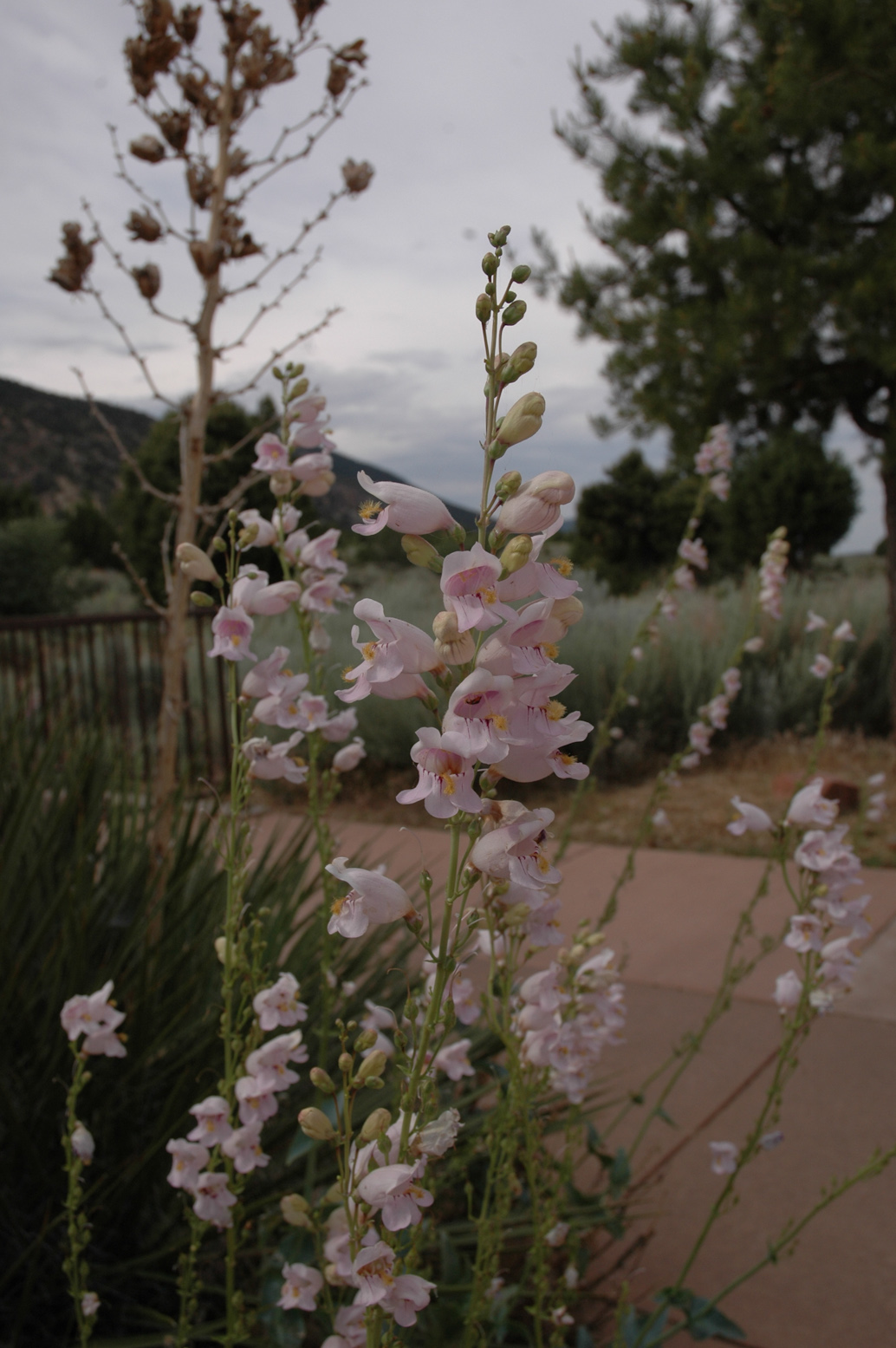 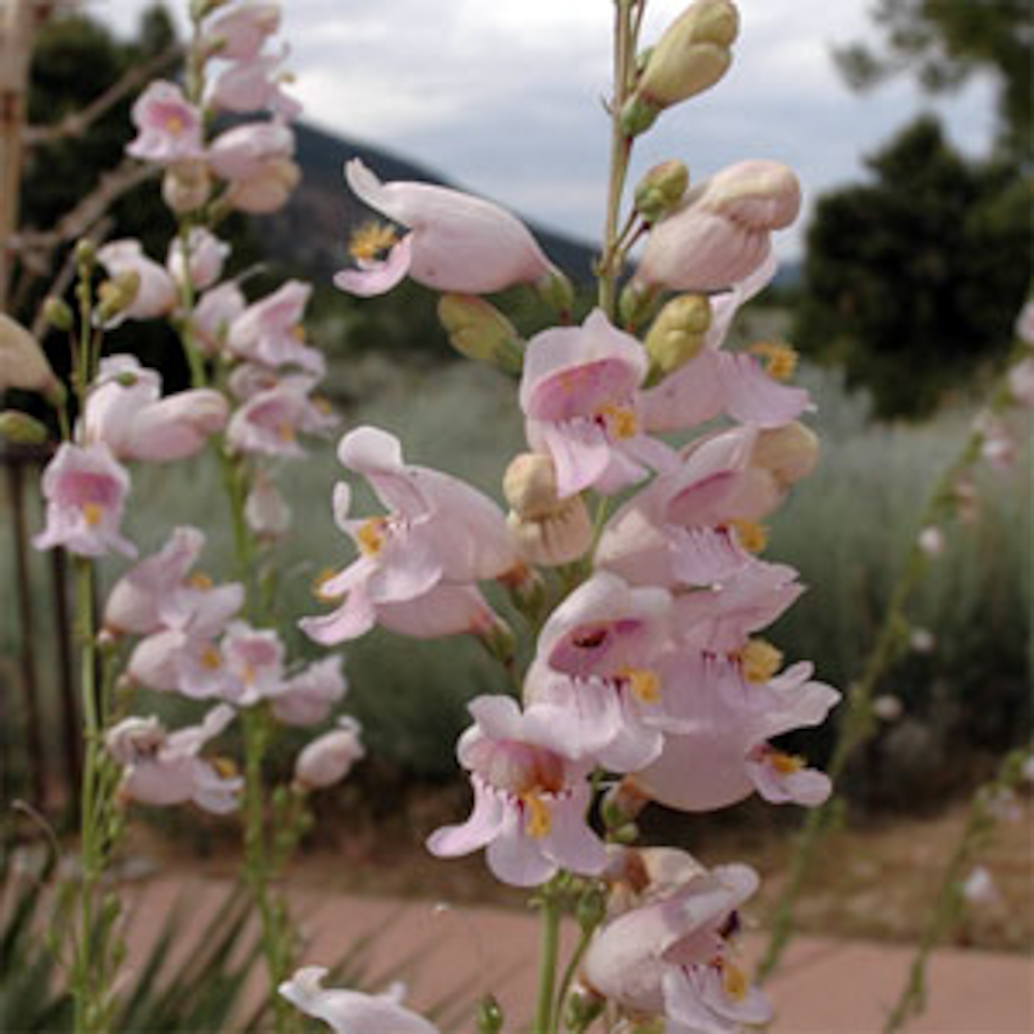 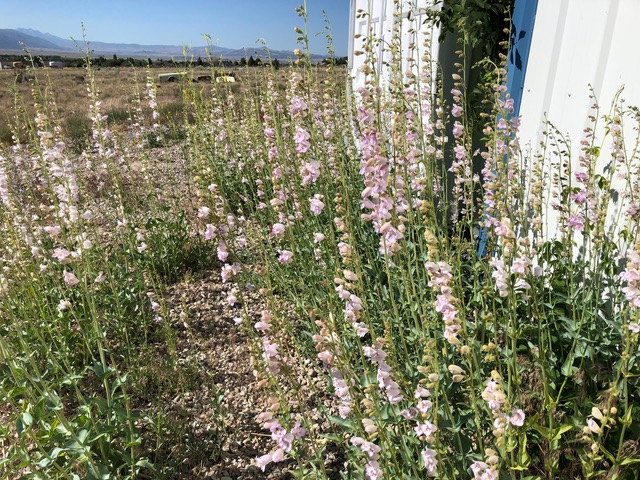 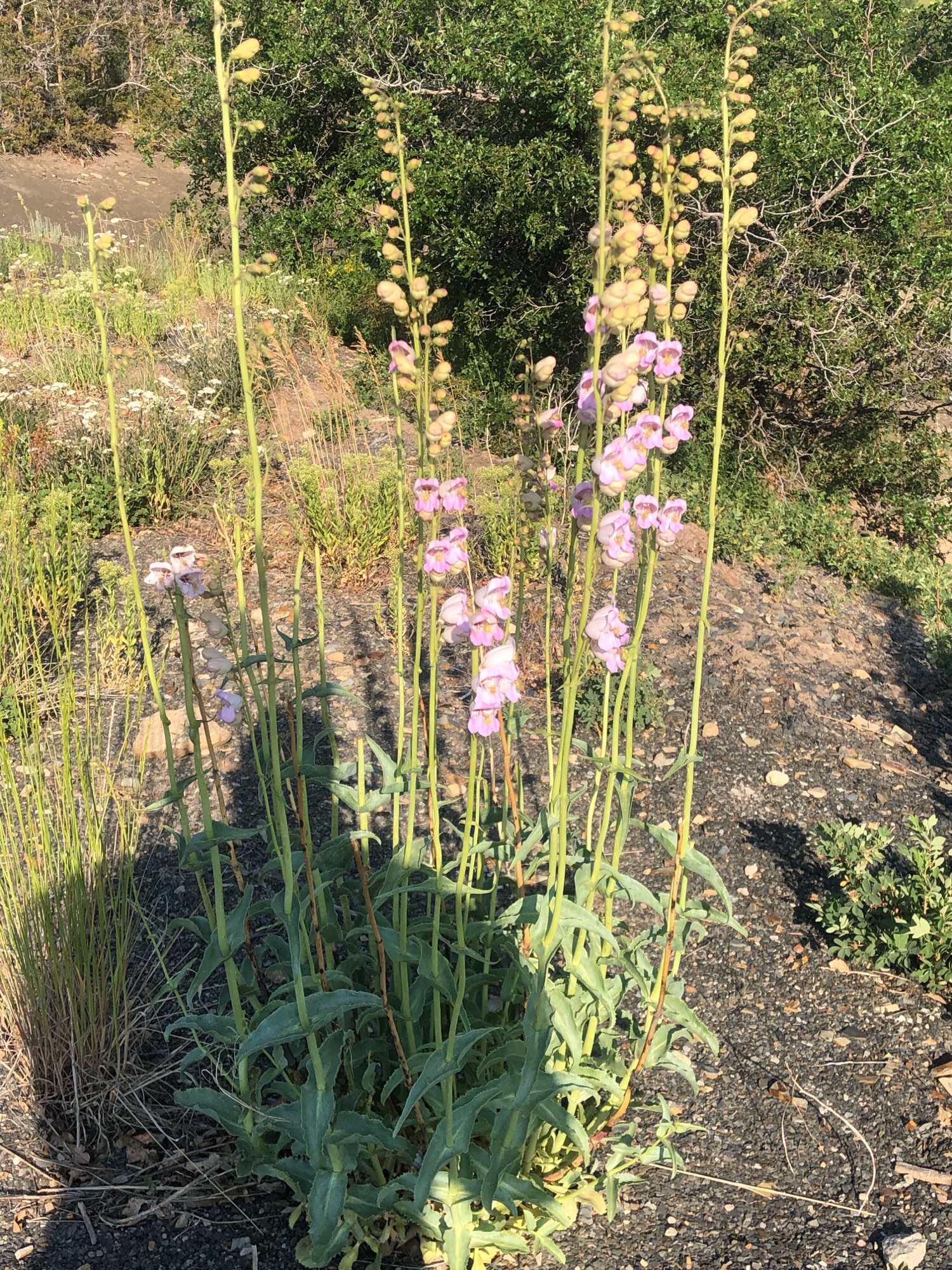 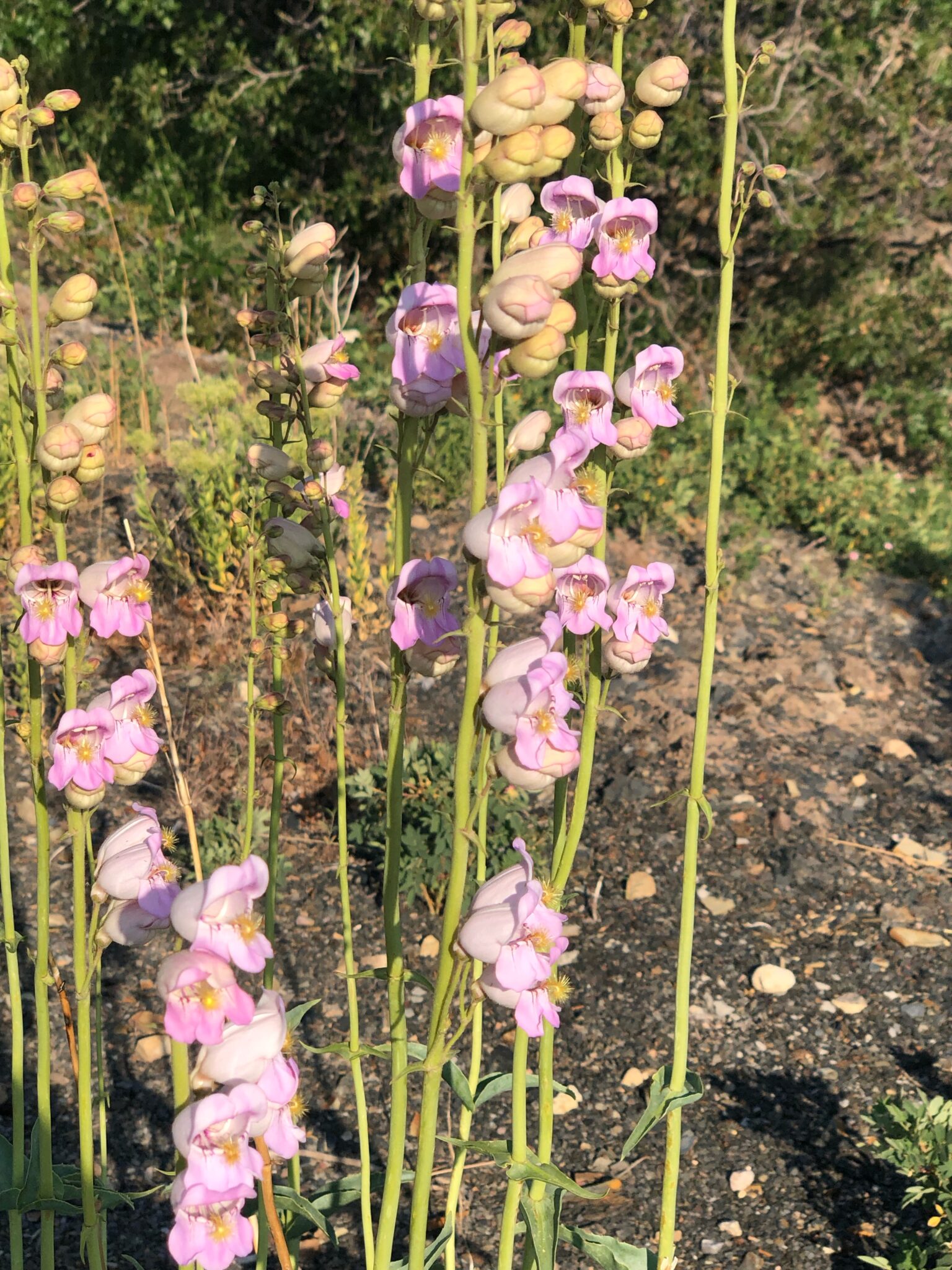 Palmer’s Penstemon (Penstemon palmeri) is a bi-annual forb that thrives in rocky, disturbed soils. It has proven to be a valuable re-vegetative species on burned sites. It is drought tolerant and excels in the sagebrush-pinon juniper step of the Great Basin. It is a short-lived (4-5 years), evergreen, native, perennial herb to slightly woody subshrub 3-5′ tall.  Palmer’s penstemon is found in the western United States from Wyoming south to New Mexico and westward to California.  Although “Palmer” is short-lived, once established, it is self-perpetuating because of its abundant seed production and seed dormancy which allows it to establish readily when conditions are favorable for germination and survival.

Palmer’s penstemon is found in blackbrush, sagebrush, Joshua tree, pinyon-juniper and ponderosa pine communities where subsurface moisture is available for most of the growing season and elevation ranges from 2,600-8,200 feet above sea level. It is best adapted to well-drained, slightly acidic to slightly alkaline, coarse textured soils in areas receiving 10-16 inches annual precipitation and has excellent cold and drought tolerance. Once established it can persist on sites receiving as little as 8 inches of annual precipitation. It has intermediate tolerance to salinity especially during periods of cool temperatures and lower light intensities. Palmer’s penstemon is usually found in open areas but will tolerate semi- shaded conditions. It is not tolerant of fire, but is somewhat fire resistant due to leaves staying green with relatively high moisture content during wildfire season. It is generally one of the first species to show after a fire.

Palmer’s penstemon produces succulent foliage during the spring and summer and is selectively used by small birds, big game and livestock. It also provides high quality forage during the winter.

Palmer provides good ground cover for controlling erosion and stabilizing disturbed and burned sites. It has also been used for revegetation of mines and mine spoils.

This is an attractive ornamental and is an excellent choice for bee habitat and honey production.

Be the first to review “Palmer’s Penstemon” Cancel reply 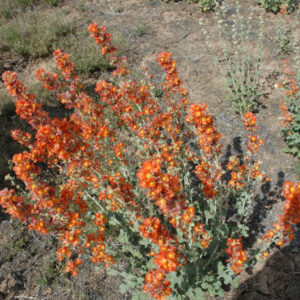 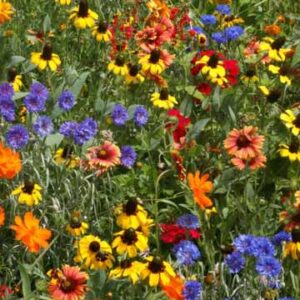 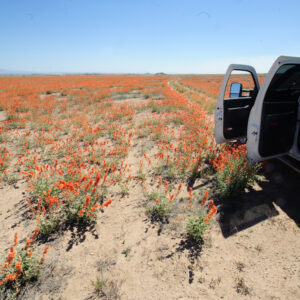 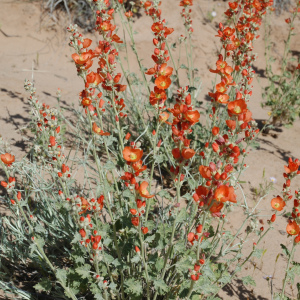 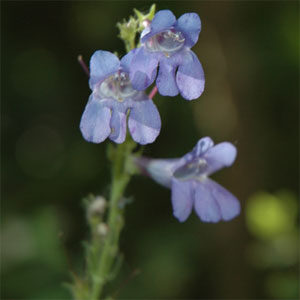