Alfalfa stands have a limited lifespan – usually three to five years. A lot of care and work is put into those stands. They age, and what to do with them is a concern. Converting alfalfa to grass and grazing pasture is a viable and economical way to revive an old alfalfa stand but farmers sometimes have a hard time parting with a good alfalfa even if yield is on the decline. And rightly so – it’s a hard decision to make.

Evaluate your stand in spring or early fall when plants are about 4-6 inches tall. You should have 3-4 plants per square foot or 25-30 stems in third-year alfalfa. Sample different areas of the field and average your results. In most alfalfa stands yield plateaus at about 45-50 stems per square foot.

It is tempting to simply plant new alfalfa seed into your stand to “thicken it up”. Resist the temptation and avoid this practice. Alfalfa plants release toxins into the soil as they grow and mature. It’s a phenomenon called alfalfa autotoxicity. New alfalfa seedlings do not carry the immunities necessary to survive in the toxic environment and will either never germinate or they germinate and quickly perish.

The good news is that autotoxicity doesn’t affect the other forage species. Interseeding grasses into an old alfalfa stand is an excellent alternative to disking your alfalfa. You can convert it into a healthy, productive pasture. So what grasses are best to overseed into alfalfa? The following grasses are excellent choices for alfalfa interseeding:

Interseeding Grasses or Mixes into Alfalfa

When converting alfalfa to grass and grazing pasture the time of interceding is important. Your new grass seedlings are competing for water, real estate and nutrients. Sow early enough that they have time to establish before the alfalfa becomes too competitive. No-till drilling is the most efficient and successful method of interseeding, but broadcast seeding will work. We recommend a light surface disturbance of some kind if the broadcast method is used. A spring tooth harrow works well. Where available, follow your broadcasting with a packer of some kind.

We recommend a seeding rate of:

Properly planned, executed and managed a grass/alfalfa pasture can add years of productivity. It can open grazing and rotation possibilities for your operation.

For help with your next project give us a call. 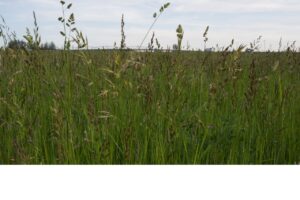 Pastures are a fundamental component of raising livestock and practicing animal husbandry. Regardless of the animal, pastures are useful and often necessary to the health of our four-legged friends. Pastures vary widely in size, quality, purpose, and complexity. The availability... Continue reading 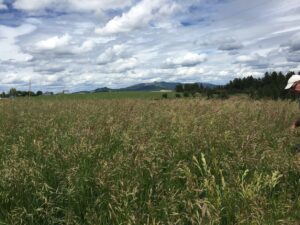 Great Basin Seed began selling Cache Meadow Brome as soon as it was released to the public. It has become a “staple” item in our Irrigated Pasture Mix. It has a proven track record and is asked for by name.... Continue reading 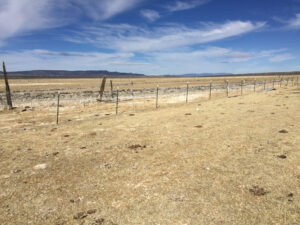 Seed for Salt and Alkali Soils

Saline, sodic and alkali soils present challenges for farmers, ranchers and landowners. While these soil conditions will never be ideal or produce forage and biomass equal to more hospitable soils, there are solutions that will provide some satisfactory results. We... Continue reading

Crown Royale Orchardgrass is a premium orchardgrass bred primarily for quick re-growth and disease-free foliage. These characteristics make it an ideal choice for grazing or hay. It offers superior performance over a wide range of climates and latitudes. Crown Royale has... Continue reading

THE CONSERVATION RESERVE PROGRAM The Conservation Reserve Program is a land conservation program administered by the Farm Service Agency and/or NRCS. The long-term goal of the program is to establish land cover to improve water quality, prevent soil erosion, and reduce... Continue reading